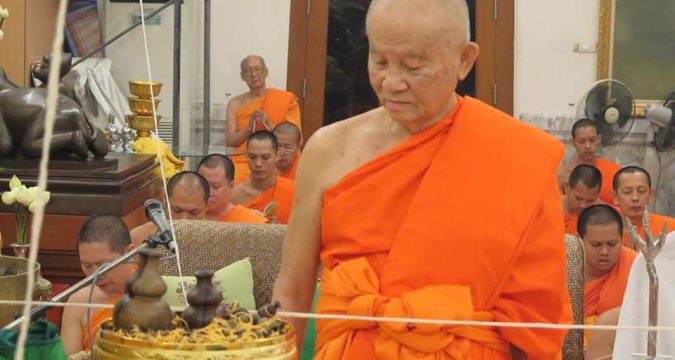 The master of the Vijja Dhammakaya approach, the late Abbot of Wat Paknam, the Venerable Chao KhunPhraMongkol-Thepmuni, is fondly known and revered throughout the land as Luang Phor Wat Paknam, or simply as Luang Phor Yai, meaning senior father or meditation master. Luang Phor was born October 10, 1884 (BE 2427) to a humble rice-merchant family of Supanburi Province as Sodh, the second child of Nai Ngern and Nang Sudjai Meekaewnoi. As was typical in

those days, young Sodh received his education from the temples. At fourteen, when his father died, he became the chief bread winner for the family. Successful

as he was in rice trading, at age nineteen the compassionate young man resolved to become a monk (bhikkhu) for life.

Having made arrangements to ensure his mother’s welfare, the young man entered monkhood three years later, in July 1906 (BE 2449). At the age of twenty-two, he was ordained as Candasaro Bhikkhu at Wat Songpeenong, near his home. Phra

Ajahn Dee of Wat Pratusarn, Supanburi, was his main Preceptor.

The day after his ordination, Candasaro Bhikkhu beganmeditation practice and study of Pali scriptures in search of deeper and wider knowledge, he moved fromWat Songpeenong toWat Bodhi (Wat Phra Chetupon Vimonmangkalaram) in Bangkok. There, he frequented the centers of meditation practice

During those early dry seasons, Luang Phor adopted Dhutangavatra, the Austere Practices for Purification such as wandering in solitude through the forest wilderness, staying in caves and practicing

the Dhamma with piety.

After ten years, Luang Phor set aside his informal study of the Pali Scriptures, having reached sufficiency to read the Mahasatipatthana Sutta.

Thereafter he devoted himself totally to meditation practice.

Luang Phor spent the next Buddhist Lent at Wat Bang Khoo Vieng, on Bangkok Noi Canal, where his benefactor, Phra Ajahn Choom, was the abbot. There, at nightfall on the full-moon day of

September, in his twelfth year as a Bhikkhu, Luang Phor prepared himself for meditation in the uposatha. He invoked illumination and guidance, and made a vow dedicating his life to Buddhism. Luang Phor vowed not to rise from his seat in front of the Buddha statue until he was permitted to attain some understanding of the Dhamma as discerned by the Buddha.

With his mind set and its components of vision, memory, thought and cognition all at rest at the center of his body, two .Anguli. (joints of the middle finger) above the navel, Luang Phor was able to penetrate the full depths of the Dhamma as it was revealed to and by the Buddha. That revelation of the Dhamma and ever more refined Dhammakayas (Dhamma bodies) was so profound that it was only possible when the mind was at rest at the body’s center. After lent, Luang Phor went to teach at Wat Bang Pla, where three monks and four laymen who

Luang Phor wanted to decline this request, but he could not. With utmost patience and remarkable leadership, Luang Phor gradually rebuilt the monastery until it is today one of the largest and most important monasteries in the land. In 1949 (BE

Vijja Dhammakaya, the revelation of the Dhamma as attained by Luang Phor, was the heart of his teaching. His service to Buddhismcan be seen

from his regular routine:

Thus, Luang Phor devoted his time and effort almost exclusively to teaching meditation. His disciples multiplied into the thousands. It was not uncommon for revered bhikkhus in far corners of the country, who apparently never met Luang Phor, to know him well and to respect him as their mentor.

His decease at the age of 75, on February 3, 1959 (BE 2502) was just a pause for the immortal master. His life should serve to remind other mortals to pursue their own obligations to the Noble Path carefully. Luang Phor’s teachings live on, manifesting the Ultimate Righteous Truth. 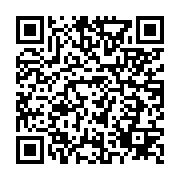 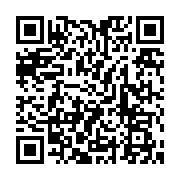